Snakes, lizards, and a moving street await you on the 1st level of our zoo!

We begin our tour at the giant snakes. This group, also known as constrictors (non-venomous! – all boa and python species), also includes the longest snakes in the world: the reticulated python, which is native to Asia, and the South American anaconda, a boa. However, the anaconda can become almost twice as heavy as the reticulated python! We can also see albino tiger pythons, which have an especially light coloration due to a pigment disorder.

The tour continues with the elapid/venomous snakes: In contrast to adders, which have no venom glands and no venomous fangs (rough grass snake, king snake), these snakes are, as the name suggests, venomous snakes. Cobras are probably the most famous representatives of this group. They all have two hollow fangs in the front part of the upper jaw. However, these are rigid and cannot be retracted.

You can also see death adders and inland taipans in this section: both animals are native to Australia. The inland taipan is the world’s most venomous snake! Mambas are also venomous snakes, but their fangs are not rigid like those of the other members of this group. However, they can be extended or retracted. There are four different species, all of which are native to southern or central Africa; they are among the most venomous and, above all, fastest snakes.

All vipers are also venomous. Their fangs, however, can be folded back in contrast to the venomous snakes. Thus, it is possible for these snakes to develop extremely large fangs. Our native sand vipers and adders also belong to this group. A special viper has been on display at the house since 2021: the South American bushmaster! This impressive snake from South America is the longest viper in the world with a length of up to 3 meters. At the same time, it is the largest venomous snake on the American continent and, with three to four kilograms, one of the heaviest. However, the shy animal lives so secluded in the impenetrable forests of its tropical homeland that hardly anyone ever sees it.

All representatives of the pit vipers are also venomous and, like the vipers, have collapsible fangs. In addition, the pit vipers have developed a sensory organ that also gives them their name: the pit organ. These are heat receptors, with which these snakes can distinguish temperature differences of three thousandths of a Celsius degree between the right and left sensory pits. These infrared eyes are used to detect warm-blooded prey at night. Taylor’s Moccasin and Uracoan rattlesnakes, for example, belong to this group.

Among the snakes you will also find the African bullfrog, the marsupial frog, the emperor scorpion and 2 species of tarantulas – as well as our crocodile tejus! The inhabitants of tropical rainforests in northeastern South America prefer to stay in trees, but with a bit of luck you can also watch them swim.

But that was not all! Also on the 1st floor: spotted monitor lizards and rhinoceros iguanas. Originally, these animals called the tropics of Australia their home. A special feature of the coloured monitor is a rarely occurring colour mutation, the so-called “Bell’s phase”. Instead of the usual many pale-yellow spots, these animals have a broad yellow banding on the dark basic body colour. We are particularly pleased that we are one of the few zoos that can show our visitors this rare variant of the colourful monitor lizard. Rhinoceros iguanas are peaceful herbivores that are critically endangered in their native Hispaniola. Like all iguanas, they are equipped with powerful claws and teeth. They live in dry, rocky areas, steppes, and light forests, move mainly on the ground, but also climb trees from time to time.

Finally: probably the longest ant trail in the world with a total length of approx. 70 m begins on level 1. It extends over two floors and can also be seen in the Krokipark (level 2) – a unique experience to watch the hard-working animals!

back to Floor EG
to Floormap
forward to Floor 2 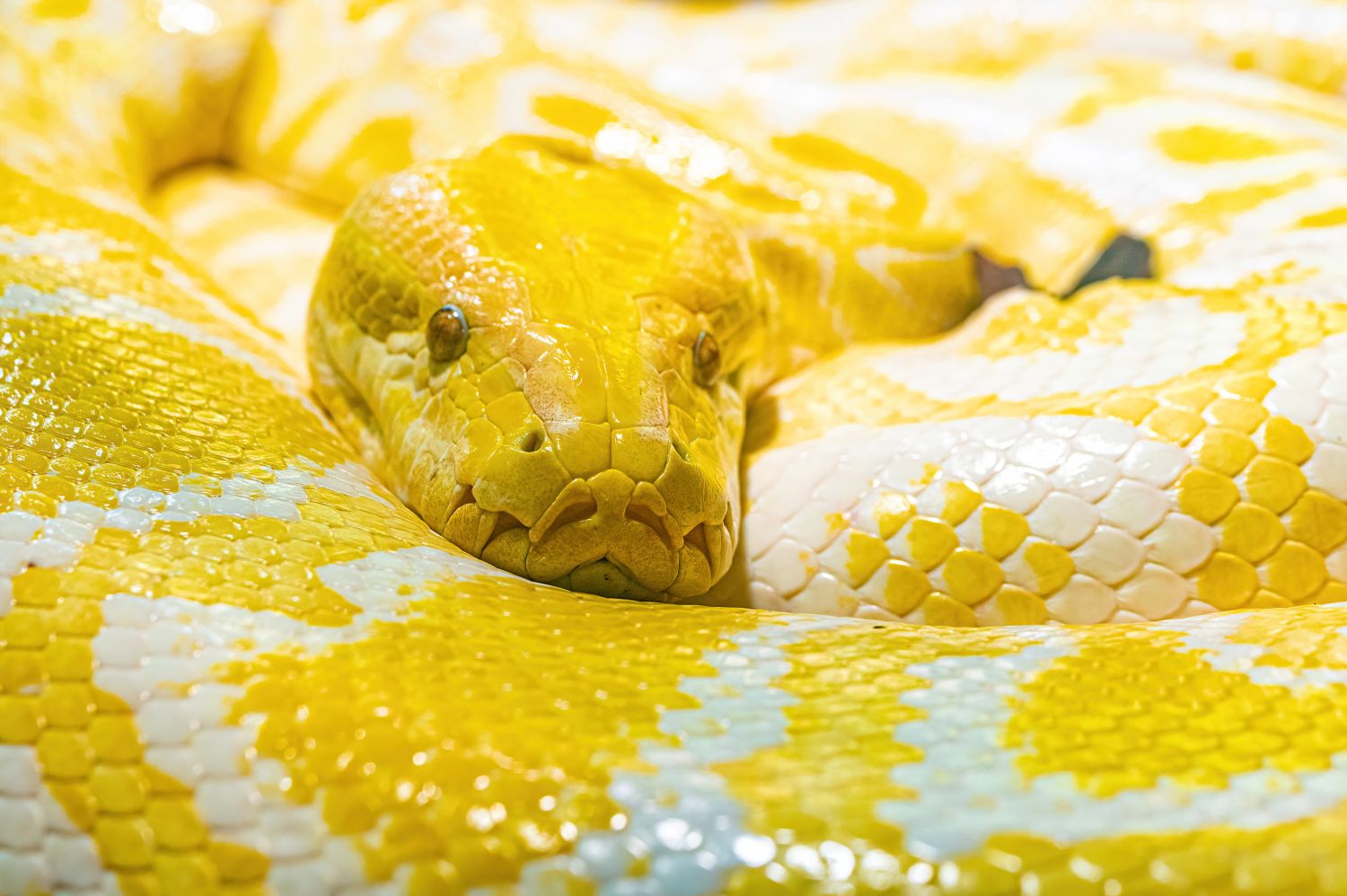 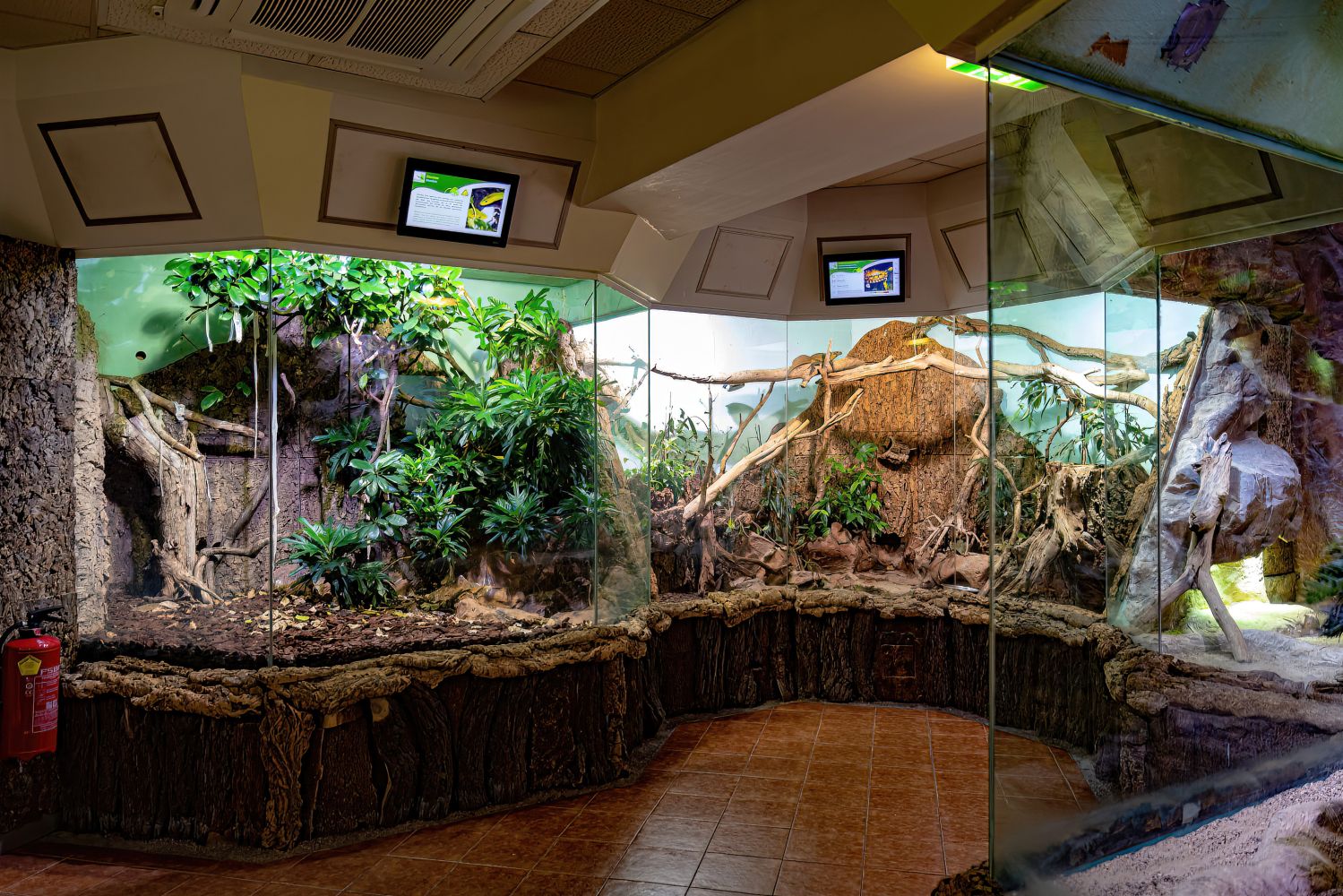 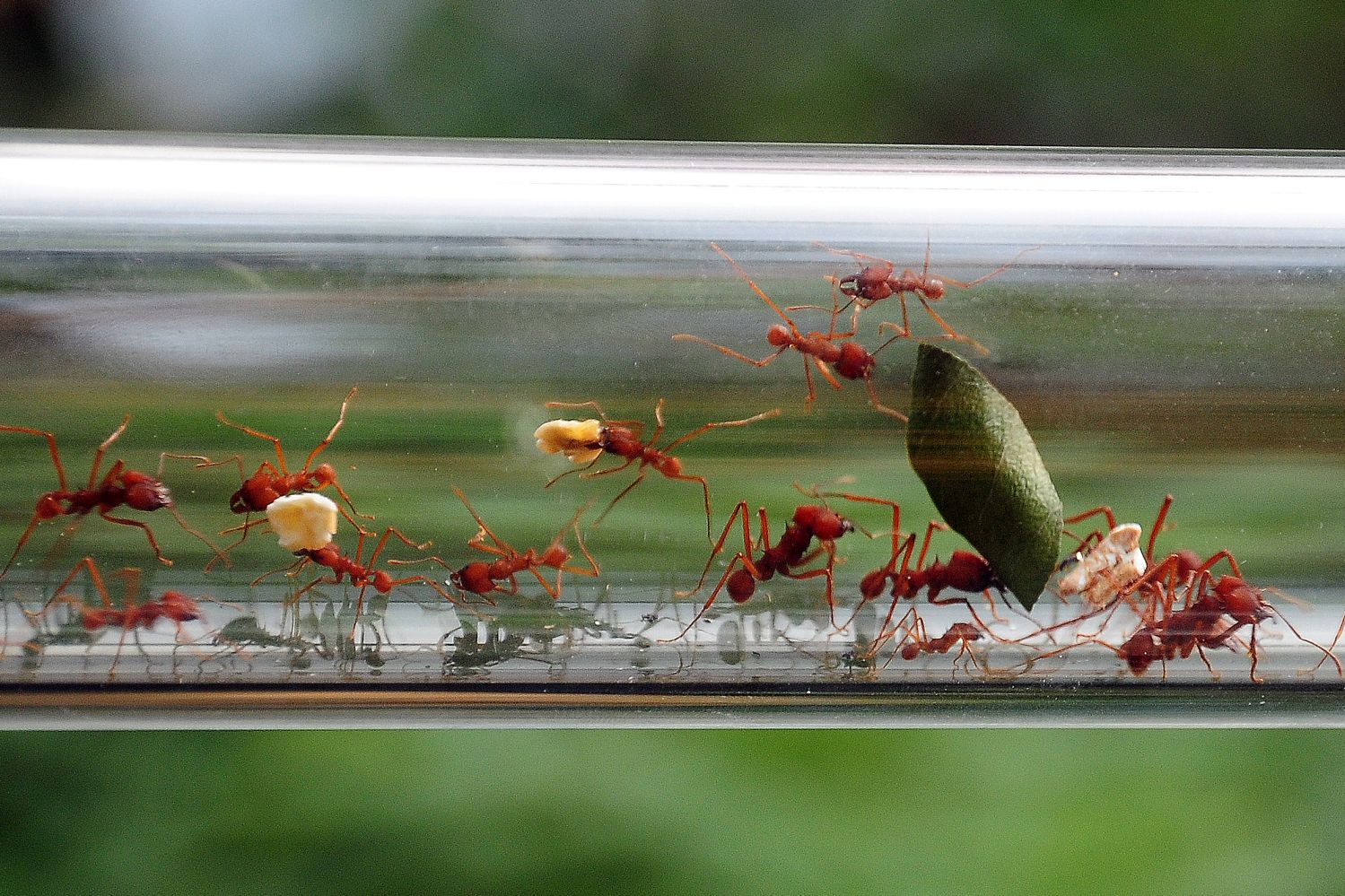