On the 5th floor you can see into Puppi’s tank from the balcony and watch crabs from the deep sea!

Our deep-sea aquarium provides deep insights in the truest sense of the word: In the deep Japanese sea, an apparently inhospitable zone of the sea where it is dark, there is great pressure, and the temperatures are icy. Nevertheless, it is populated by numerous animals. In order to survive, the animal world has evolved various special adaptations. Pinecone fish have large eyes, and their bodies are covered with spiny scales to protect them from predators. They have two luminous organs on their lower jaw that generate light with the help of bacteria. This phenomenon, which is common among deep-sea dwellers, is called bioluminescence. The Japanese pinecone fish uses this to attract shrimp, which it then eats. The fish reach about twelve to fifteen centimetres in length and live in small groups. Snipefish and boarfish are also found in this tank.

The giant Japanese spider crabs are particularly striking – they are not spiders but the largest living species of crab! Only the long, slender legs, reminiscent of spiders, are responsible for this name. The crabs reach a weight of 10 to 20 kilograms, a width of over 1 metre, with the males being larger than the females. They are omnivores and devour carrion and remains of plants, but also snails or mussels, whose shells they open to get to the meat. In order to be able to tell them apart when they are being fed, the animals wear ribbons.

Also on level 5 you can glimpse into the impressive pool of our green sea turtle Puppi. Our divers can access the tank from this floor too.

back to Floor 4
to Floormap
forward to Floor 6 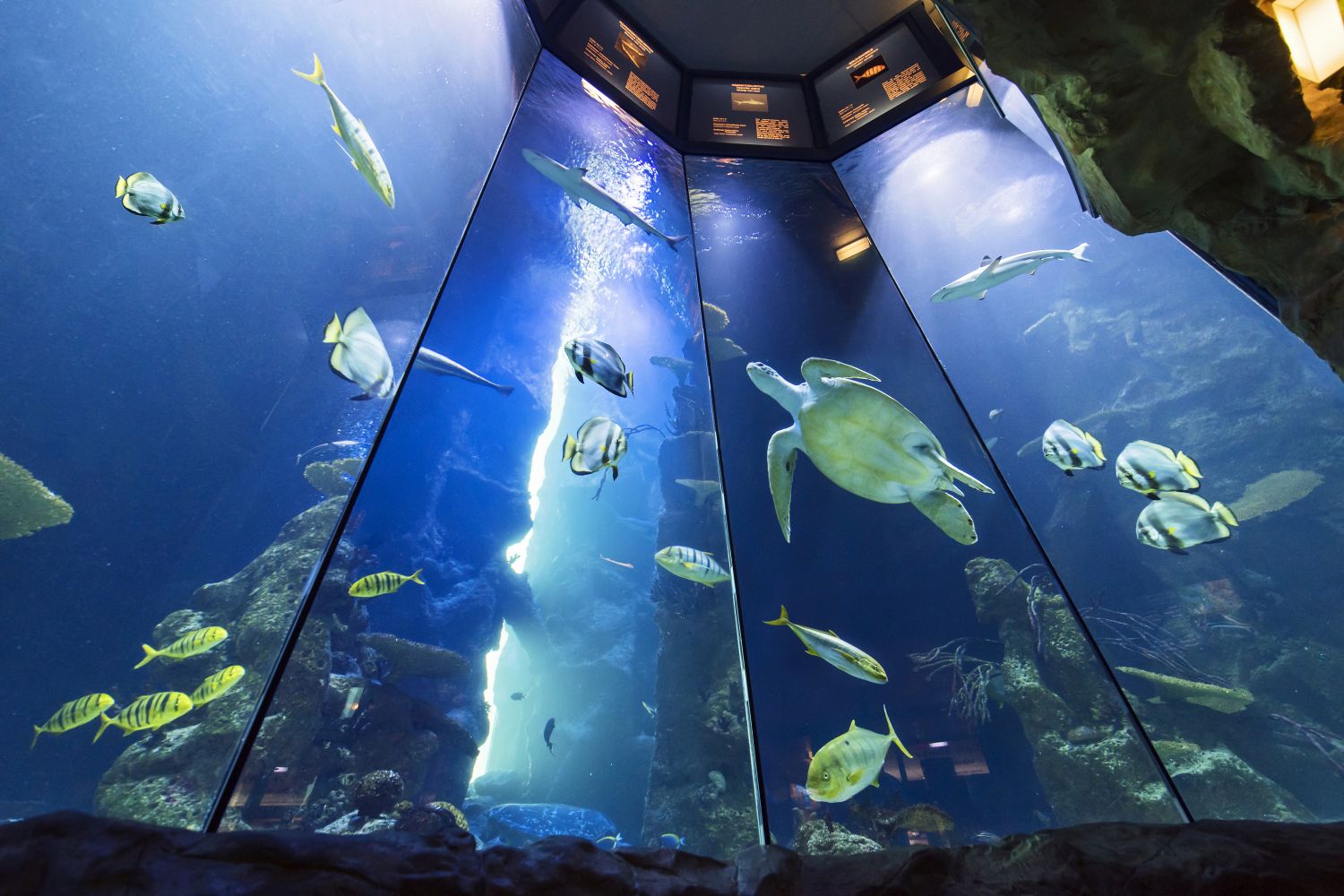 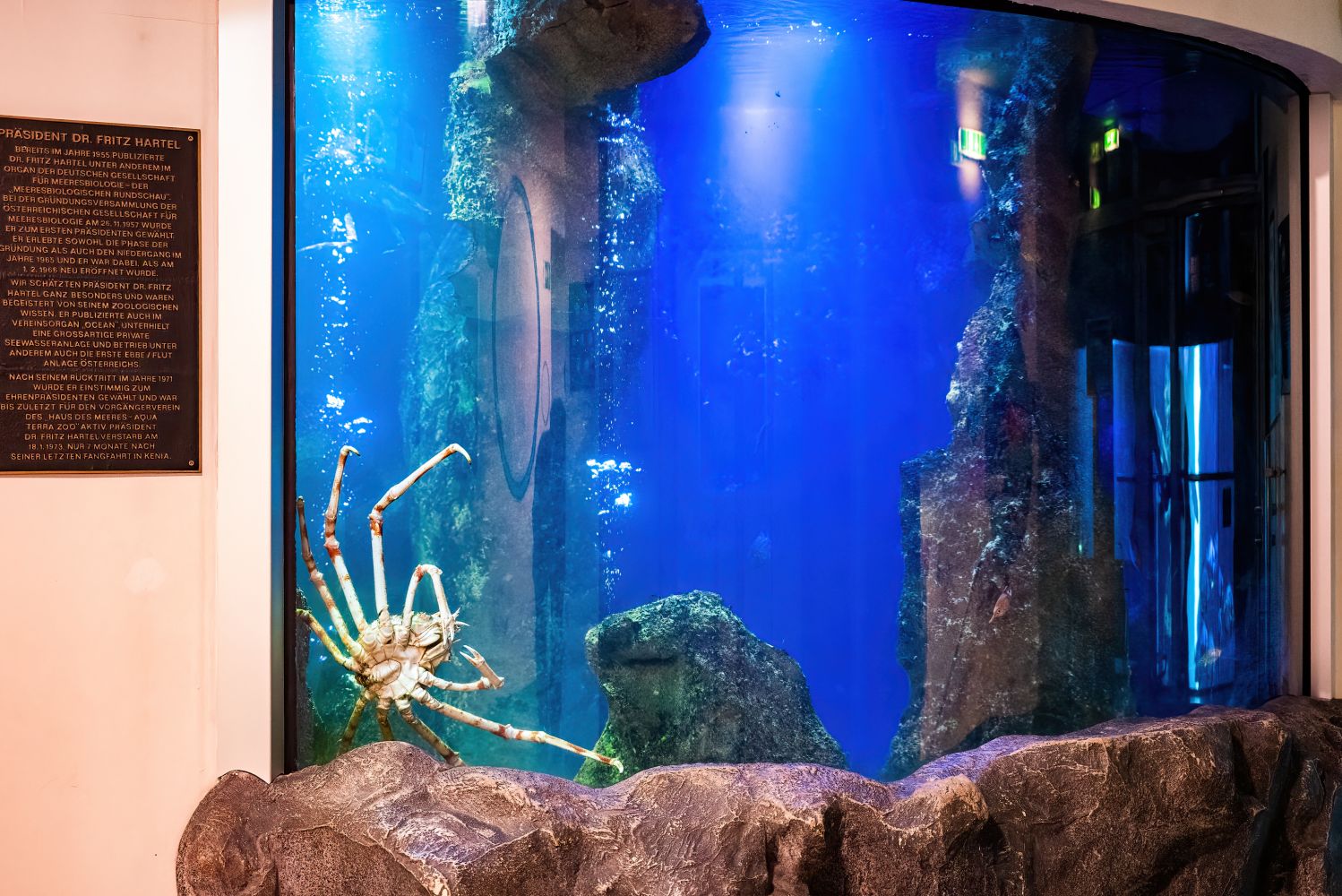