On the 8th floor, you will find our chameleons and get a chance to delve into the darkness of our stalactite cave.

Chameleons are absolute crowd pullers and have a variety of special abilities! The famous colour change is not used for camouflage, the animals are already well camouflaged by nature. The animals use it to express moods such as anger, willingness to reproduce or the like. Some species can get so angry they turn black. Chameleon eyes have an interesting feature: They can be moved independently of one another and enable a 360° all-round view. The eyes allow the chameleon to perceive even the smallest movements around them and to react swiftly to both possible prey and approaching dangers. These animals are also well equipped for hunting: The ballistic tongue is a special weapon! The tongue is a muscle that lies tight in the mouth like a rubber band and is almost as long as their body. When fired, it is tensed and ejected from the mouth within fractions of a second. The prey is literally grabbed with the tongue – as if with one hand!

A special experience in the dark awaits you on level 8: our stalactite cave grotto! Observe animals in a reversed day-night rhythm: blind cave tetras, which have lost their eyes and their pigments as an adaptation to their cave life, or cave mollies, which contain fatally high concentrations of toxic hydrogen sulphide – at least for other fish. On your tour of the grotto, take a look at bizarrely shaped whip spiders, giant African millipedes, giant cleft scorpions, giant thorn snails as well as peacock and pepper cockroaches. In total, over 100 such mysterious animals and more than 15 different species dwell in our grotto!

back to Floor 7
to Floormap
forward to Floor 9 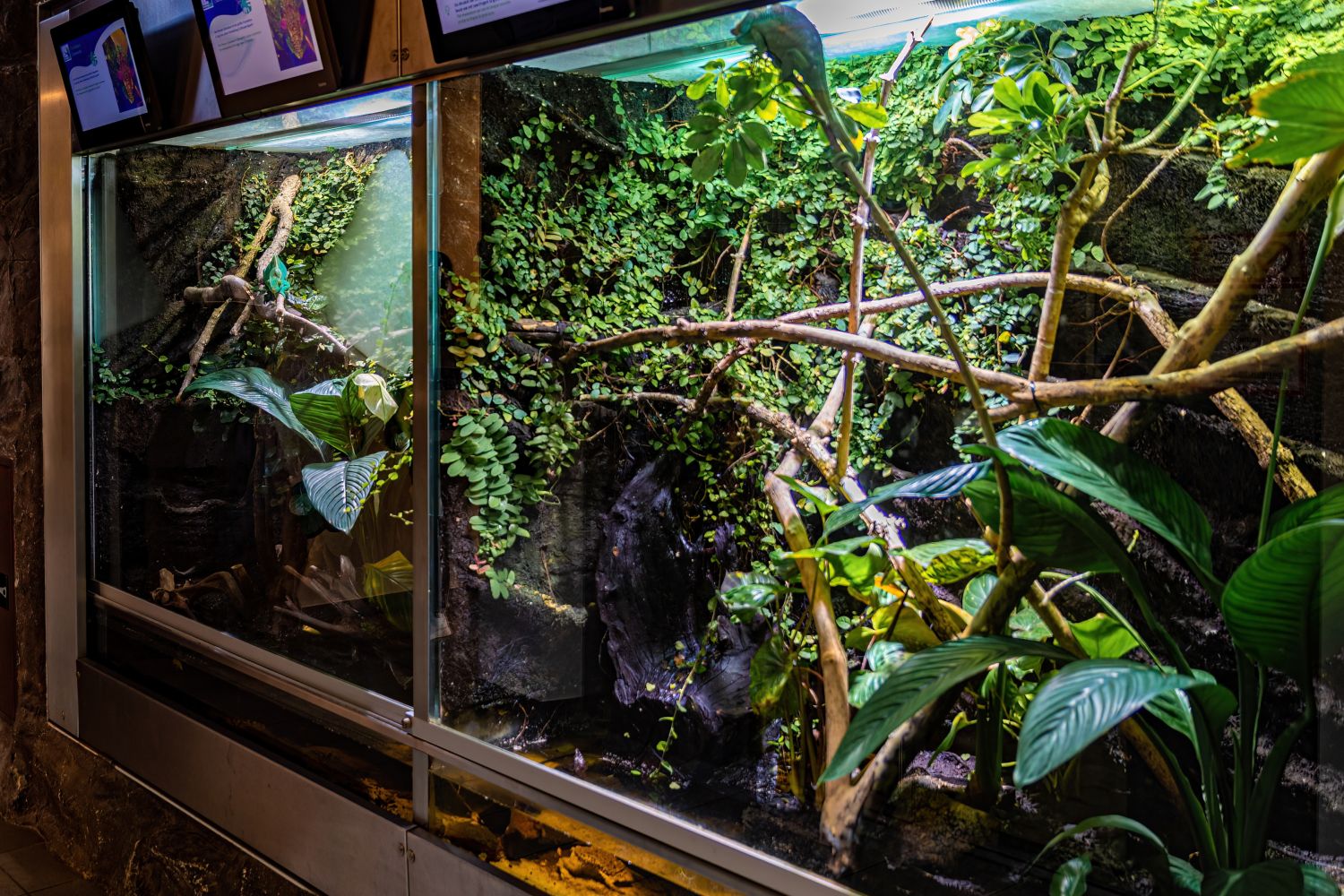 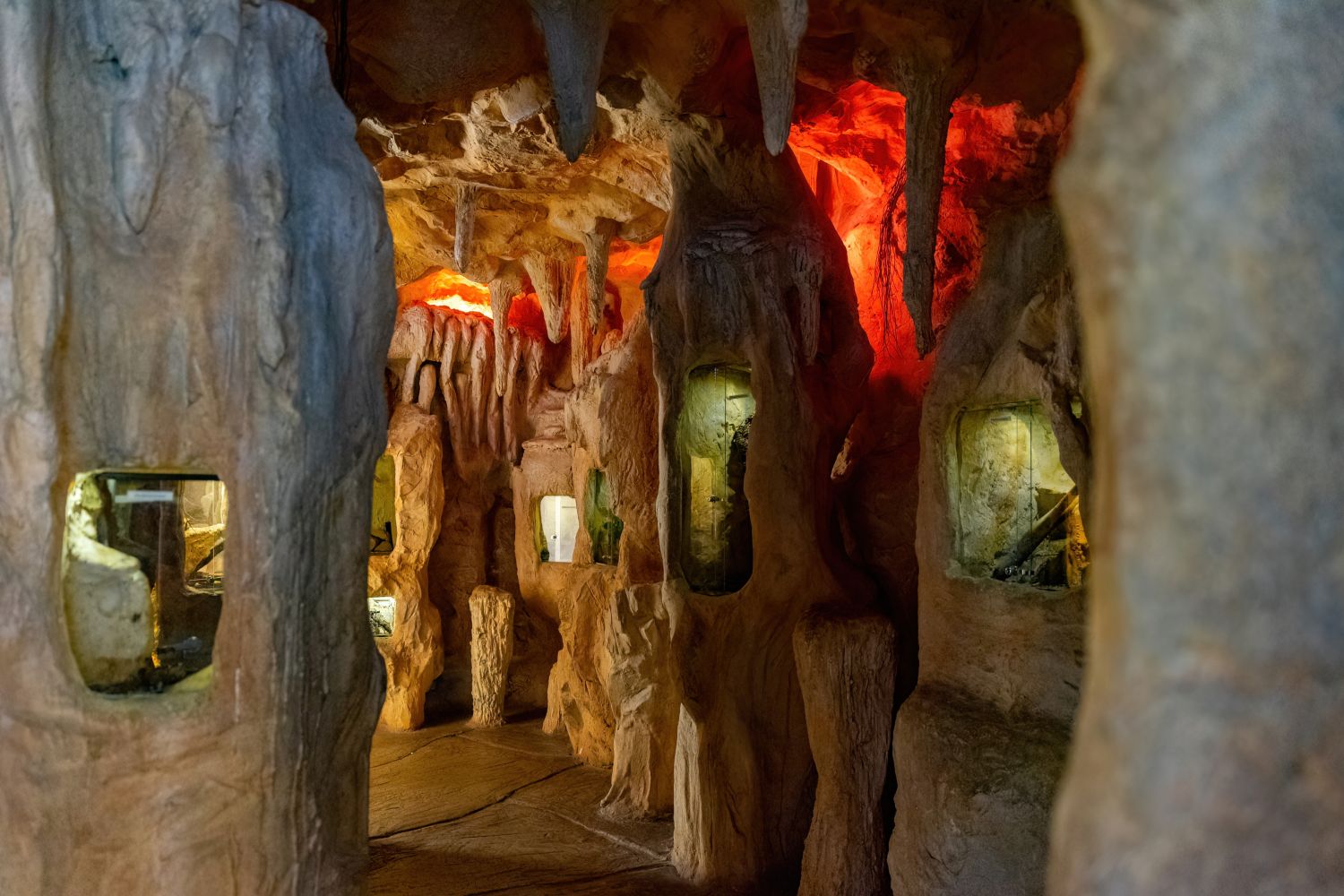