Get ready to be amazed on the 9th floor: Amazonas, Madagascar, Komodo and Australia – embark on a little trip around the world!

An extraordinary aquarium is located in our Amazon jungle passage. A large number of large South American tetras, cichlids and loricariids form an illustrious company around the king of freshwater fish, the discus cichlid. A little patience and looking upwards into the treetops is worthwhile for the chance to spot one or the other lizard. Among them, the frontal lobe basilisk is probably the most striking. It is known to escape from danger by walking on water only on its hind legs. This behaviour earned the lizard the nickname "Jesus Christ lizard".

Let's move on to our dragons! In 2018 we received three Komodo dragons, offspring from the Prague Zoo, which are part of a European conservation breeding program. At that time, they weighed three kilograms and were one and a half metres long. In the meantime, the animals have grown enormously and are a lot heavier. To meet their need for more space, the 3 brothers got a new, larger enclosure in 2020. That's what we trained them for! From the beginning, it was clear to us that they would have to move from the old terrarium on the 1st floor to their new home on the 9th. To ensure a stress-free transfer, our animal keeper Rosanna Mangione trained them to "walk on a leash" and use the lift. It was a challenge, but because the animals were hand-raised, they were used to people working with them.

Right across from the monitor lizards, famous fur animals moved in in 2020: Four ring-tailed lemurs dominate the almost 140 m² large Madagascar area, which consists of indoor and outdoor areas and is 8 meters high. The grey monkeys with the long black and white ringed tail gained immense popularity thanks to the movie "Madagascar". The particularly charming detail about our group is, that the four animals were actually born in Vienna! Years ago, however, they moved to the Augsburg Zoo in Germany, where they were expelled from the group and and were then returned to us, to the Haus des Meeres. Two black lemurs (same group of monkeys as ring-tailed lemurs), a fine-striped mongoose and our giant tortoises – which have been living in the house for a long time – also inhabit this enclosure.

A connecting corridor takes you straight to Australia: a 70-meter long tour across 260 m² leads through the new enclosure, which is now a fully paned terrace with the characteristic ear-shaped platforms. Visitors move freely between many noisy and colourful species of parakeets and fish such as lungfish, all of which is paired with the perfect visual ambience.

How do you "build" Australia? Construction work to enclose the terrace area began in 2019 (completion of the system in the spring of 2022). Just imagine enclosing 260 m² with maximum insulation at a height of 35 m! At the same time, the encasement had to be optically transparent and "inconspicuous". The entire structure is made up of triple safety glass with an insulating coating and an aluminium framework reinforced with steel inserts as the supporting structure. These were hoisted to a height of 35 m with cranes and were installed accordingly. Open areas for the animals, nine ventilation flaps and large sliding doors (protection against overheating) were created on the ear-shaped platforms. Further work included the insulation of the concrete walls and the terrace floor in addition to the installation of heating and air conditioning devices for an even temperature distribution.

back to Floor 8
to Floormap
forward to Floor 9.1 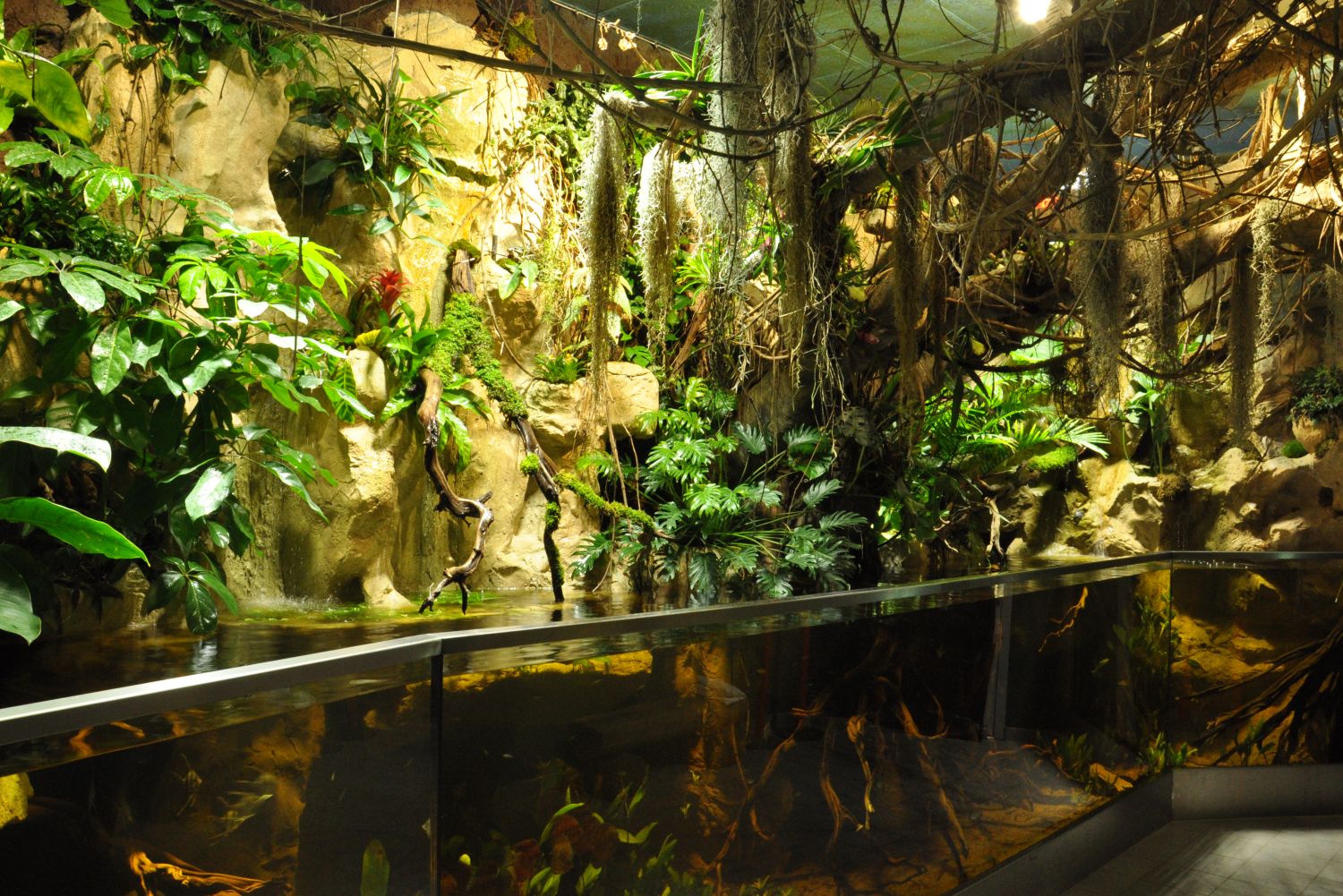 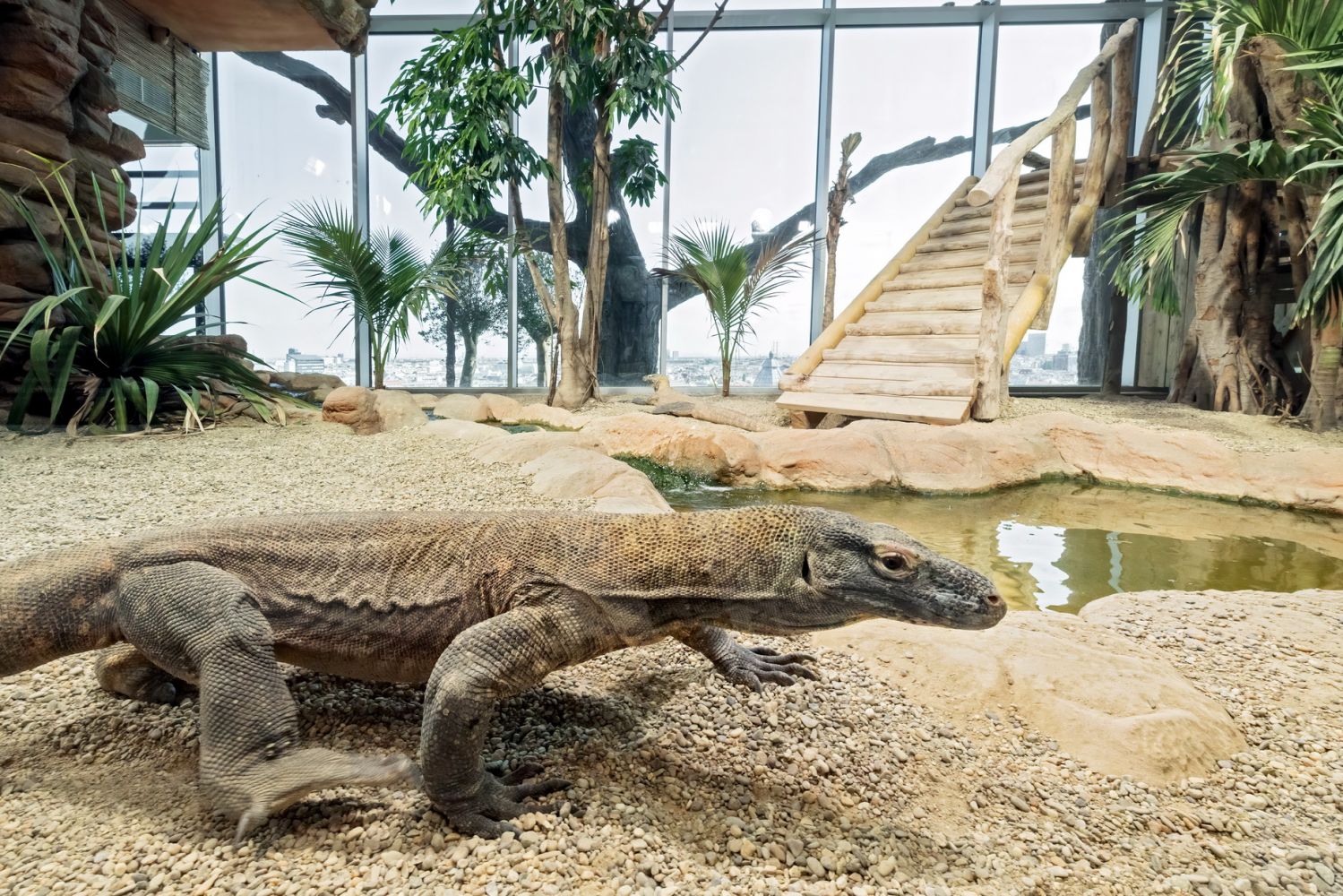 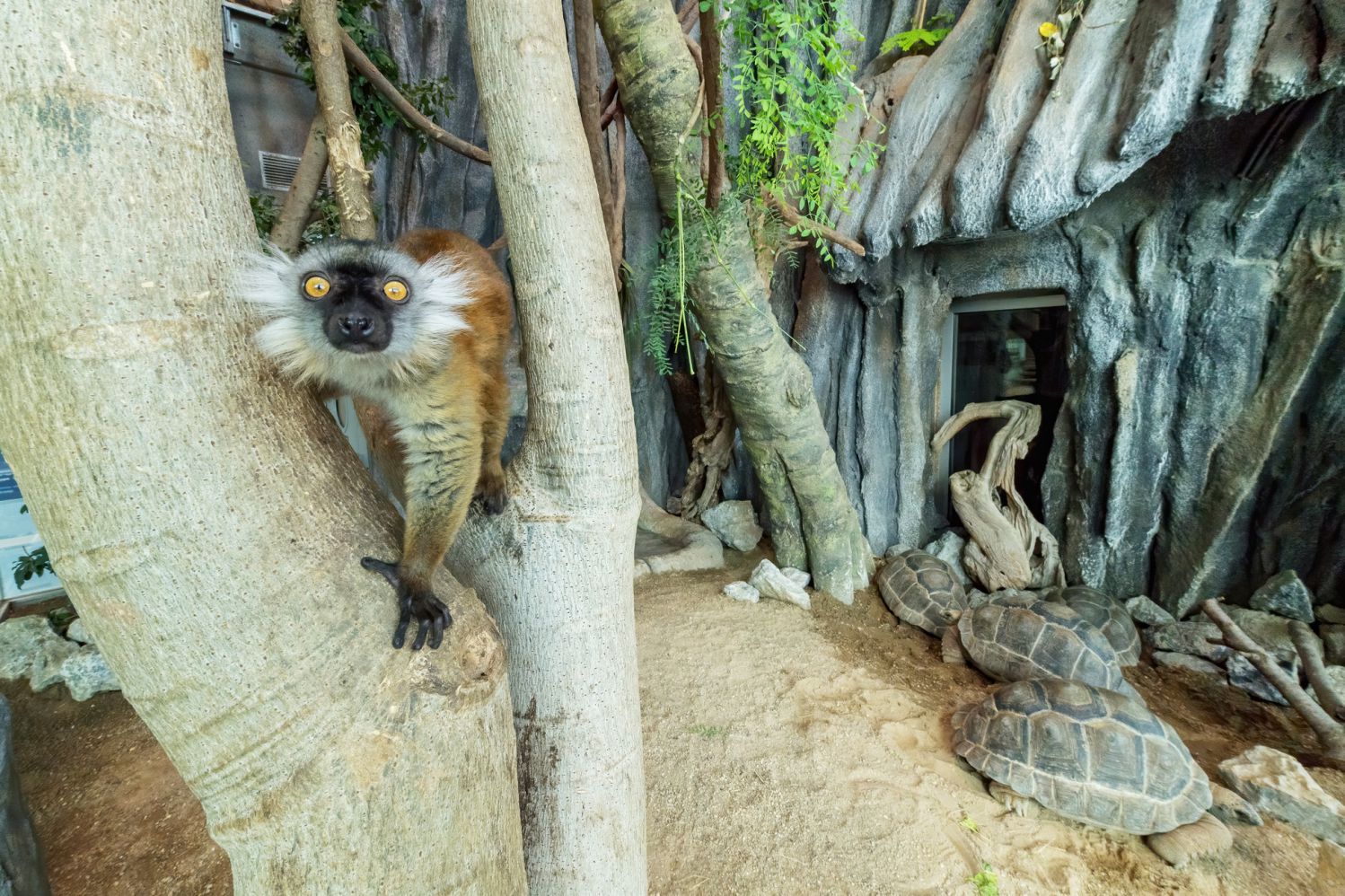 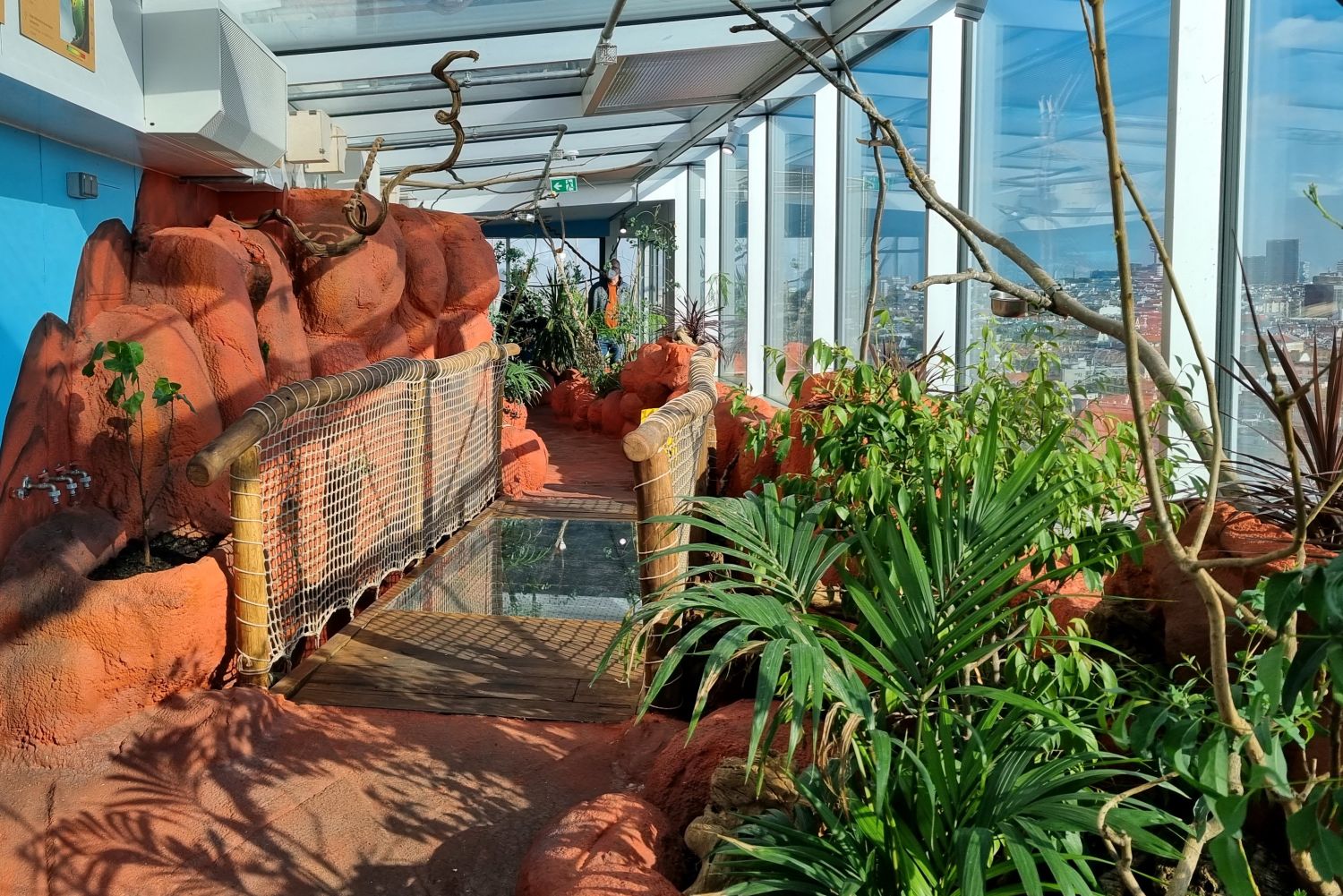